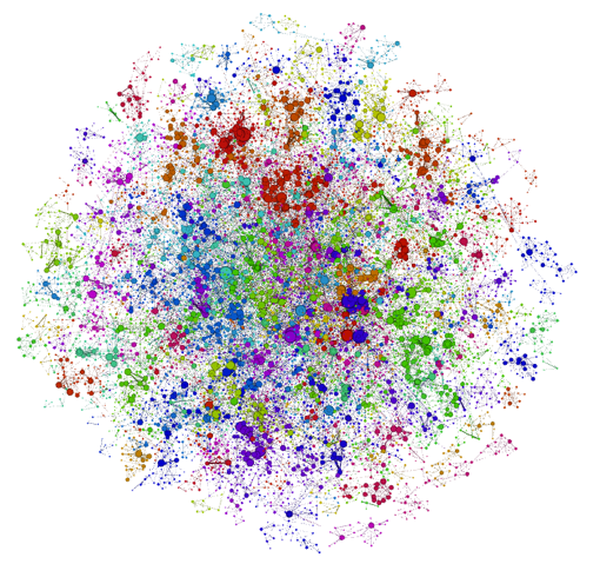 Community and topic detection in a research collaboration network from NSF awards granted by the Directorate for Computer and Information Science and Engineering (CISE) between January 1995 and August 2014.

The network (depicted here as a point cloud) connects PI and co-PIs who received funding from the same award. The coloring in the Figure above was made by modularity groups and the size was by degree. 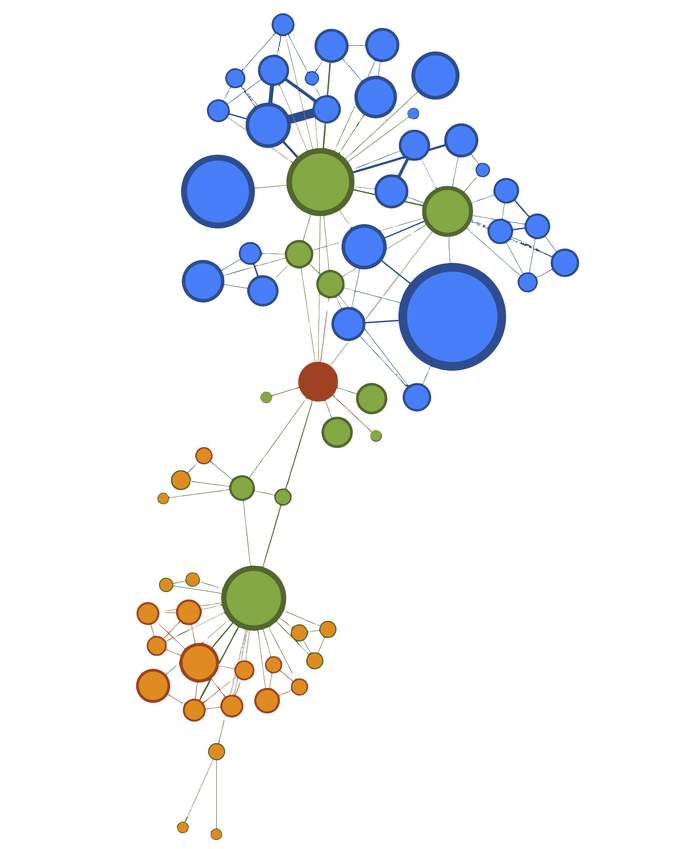 The graph above with blue nodes and orange nodes is an example of two detected communities, where the red and green nodes are shared by the two. In this graph, the size of the nodes is based on degree and the edge thickness is based on the number of awards the two nodes participated in together. The word clouds (below) characterize the topics of the projects awarded to the two communities: (i) AI Community (Left) and (ii) AMPLab Community (Right). The blue nodes correspond to researchers associated with Berkeley's AMPLab, which works on problems involving machine learning, cloud computing, and crowdsourcing. The orange nodes correspond to researchers in computational learning and its applications to computer vision and natural-language processing. The red node (common to both communities) represents Professor Michael Jordan, co-director of the AMPLab, and a well-known researcher in computational learning.

This work is conducted by the PhD student Matt Revelle and Professor Carlotta Domeniconi, in collaboration with Professor Aditya Johri.