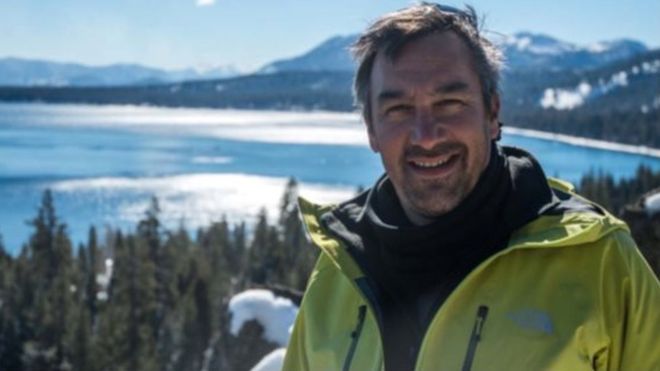 Abdur Chowdhury is a man who isn’t trying to change the world. He is trying to change the technology to allow the world to change itself. That may sound like a tall order but he’s already doing it. His resume reads like a CS major’s fantasy career path: chief architect at AOL and co-founder of Summize a search engine with the ability to crawl through listings identifying hot reviews and popular products found on blogs, YouTube, etc., and provide summaries and ratings.  In 2008, Summize merged with a small start-up, Twitter. Chowdhury became the new company’s Chief Scientist building the Search, Analytics and User Discover teams.

In a short time, as short as a tweet, Twitter transformed the social media landscape from the most intimate to the international. But what makes this Mason alumnus a technology leader goes beyond his CS education and business skills. It’s more like an action plan. Chowdhury says, “I see the world as it could be, and I believe you should study technology to make the world a better place.”

Chowdhury earned his BS and MS degrees at Mason and his PhD from the Illinois Institute of Technology. He chose Mason for reasons familiar to many students. Mason ofered a solid CS program in a great location also close to home, and for Chowdhury, close to his girlfriend, who is now his wife. He enjoyed his studies and research and after completing his PhD taught for a while at Georgetown University. However, for him, academia was missing the connection of how technology afects real people’s lives. He feels that education gives you theory and tools to investigate problems but misses out on the practical applications of technology to solve real world issues. Few academics actually build anything. He uses the Internet as an example explaining that the Internet is more than applications, “The Internet is about people.”

Chowdhury’s manner is measured and easy going. He’s not into selfpromotion. He wants his work and his accomplishments to speak for themselves. But there is a crackle of energy just below the surface and it sparks when he talks about his time at Twitter. He explains that the idea for Summize was based on a research idea that took of – the need to improve information retrieval and review. When the companies merged, Summize had five employees and Twitter had fifteen. The new company built so much momentum so fast some weeks they were realizing 100% growth. “Twitter was a place where everything you thought about was challenged. I loved the idea of thoughts flowing into real-time.” He describes how the power of the new platform changed how we communicate. “The 2009 Hudson River plane crash was reported first on Twitter before the news media even knew. Something small became something transformative.”

The idea of using technology for transformation flows through him like a beacon. He predicts that as more and more people connect to the Internet, and we’re talking billions not millions, that the exchange of thoughts and ideaswill bring people together. “Humans are already a huge sensory network spread around the world. We are human cyborgs sharing instant information through content, photos, and sounds.” And while that sounds like a sci-fi plot, Chowdhury sees cell phone technology as the way it will happen. “There are seven billion people on the planet and five billion of them have cell phones. Smart phone costs will continue to fall allowing people in developing parts of the world to connect to the Internet.” He sees this as a merging of technology and people to build a new awareness.

Chowdhury’s transformation message is steeped in his interest in technology but he has applied it to other causes. In 2010, he helped to found Alta Vista an independent elementary school (K-8) that is experienced based. “We use the concept of STEAM – science, technology, engineering, arts, and math.” He started the school because he saw a need for his own child saying, “The schools in San Francisco were not that good but we love living here and wanted to stay. So we started the school and it has been growing ever since.” Chowdhury also speaks to students at the other end of their studies, the newly minted CS majors. He urges them to think beyond their first jobs and to look at how they can apply their knowledge to something they love their entire career to do something powerful.

As for his next big technology product, the tech press is full of rumors of a stealth start-up called Pushd. Chowdhury laughs a bit matter-of -factly and says, “I could tell you all about it but it’s most likely going to change.” We’ll have to wait and see. Hold on to your phone, most likely the news will come in the form of a tweet – or will it?