Anhtuan Dinh is a busy man. This thrice degreed Mason Alumnus, former Mason Adjunct Professor, Mitre Corporation Software Systems Engineering Director, and CS Department Advisory Board member has a determined spirit and personal mission to contribute to the Mason community and to his adopted homeland, America. 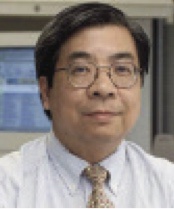 Dinh originally from Vietnam, came to the United States in late 1994 as he says in his own words, “a bare-foot refugee." He knew as a young boy that education was his way to have a better life and a way to con- tribute effectively to society. Therefore, right after his arrival in the US, he started taking classes at Northern Virginia Community College, beginning with ESL (English as Second Language) courses. He eventual transferred to Mason where he earned his BS degree in Computer Science in 1989. In the 1990s, he says, due to the so-called “software crisis”, the need for formal training in software increased significantly. “I was about to start an MS in computer science when the school introduced a new program, an MS in Software Systems Engineering. I switched to that.”

When Dinh talks about Software Systems Engineering, there’s a change in his tone, measured and animated, this is where his technical passion flourishes. He says, “I view the development and integration of software as similar in nature and scale to the performance of an orchestra. A conductor applies his/her deep and broad knowledge, background, and experience in music to orchestrate and integrate product pieces provided by numerous teams, including musicians, singers, instrument players, etc. to ensure the success of their performance. I like to consider myself a conductor.” When he graduated in 1991, he says, he felt prepared to enter the workforce. But Dinh’s technical curiosity did not stop with his MS and he began his PhD in Information Technology, which he completed in 1994.

After completing his PhD, Dinh took a position at Mason as an adjunct professor, a post he held for ten years. During that time, he also began his professional career, working first as an Engineering Specialist at Stanford Telecommunications, Inc. He also worked at MITRETEK, where he served as Technical Lead on several software projects using Object-Oriented Software Development Approach. Dinh joined Mitre in 1996 and today serves as the company’s Associate Technical Director of E540 (Information and Computing Technologies Division.) “When I received more responsibilities at Mitre in 2004,” Dinh says sadly, “I had to stop teaching. It was too much to keep up.” Dinh now is part of the E540 three-person division management team overseeing eleven departments located at various locations in the US and spanning several areas of Information and Computing.  When asked if he considers himself to be a scientist he says, “No, I like to say I’m a professor,” then he pauses, considering his role and all that he does and says, “I’m a scientist-engineer too.”

Dinh’s role in teaching INFS 612 (Computer Networks & Distributed Processing), SWSE 619 (Software Construction) earned him an Outstanding Adjunct Professor Award in 2003 and an Outstanding Alumnus award in 2005. His work at Mitre this year has earned him a MITRE Program Distinction Award.

Dinh has served as an Advisory Board member for Mason since 2005. He says, “I owe George Mason a lot. Because of Mason I was able to fulfill my life-long dream of getting an education. With my experience and understanding in the industry, I can help refine the curriculum.” He further explains how he is able to work with the school and his company by having Mason professors share their skills and knowledge with Mitre. He likes to invite professors to speak, encourages Mitre to hire student interns, and also to hire graduates as full-time employees. He says, “Mason students are well prepared for the workforce.”

Dinh is enthusiastic about his feelings about education. He says, “Education is very important. I want to contribute to the education system so that we can create a technical leap for this country.” He feels that the future of technology is in software systems development and integration but that there are also a lot of other emerging areas in Information Technology, too. “I’m proud to be able to work in the software systems engineering field and to make impactful contributions to many government programs,” he says. “I understand the sense of urgency and mission the country now faces.” With his experience in working on several challenging real-world projects, Anhtuan Dinh is an ideal advisor for the Mason community as it prepares students for the nation’s current technical challenges.

This story appeared in the department's newsletter Computing News (Fall 2009)