It’s fair to say that any town in America would want to claim Brian Blake as their favorite son. As a businessman, consultant, researcher, community leader, and academic, this Savannah, Georgia, native has left a positive and lasting impact on the many places he’s called home, including George Mason University, where he earned his PhD in Information Technology. 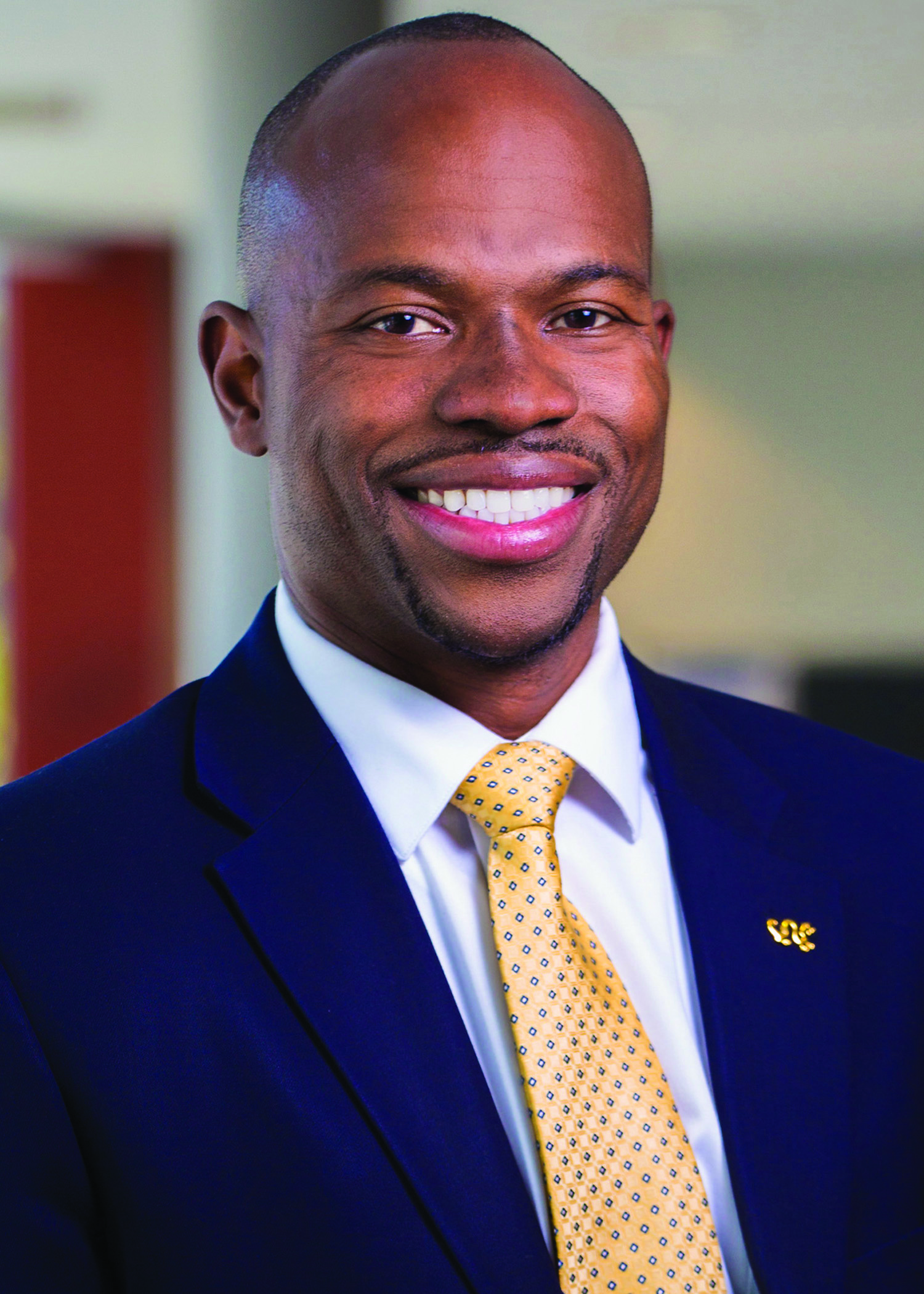 Blake is now taking on his newest city and challenge as the recently appointed Executive Vice President for Academic Afairs and Provost at Drexel University. His fresh approach to academics in a changing economy, issues of student and faculty diversity, community inclusiveness, and an in-the-trenches respect for faculty and administrators has made him a sought-after leader by many of the nation’s prominent universities. Before accepting his new position at Drexel, Blake was a tenured professor of Computer Science, Electrical and Computer Engineering and Human Genetics, and Vice Provost for Academic Afairs and Dean of the Graduate School at the University of Miami.

He says that leaving Miami was difcult. “My initiatives were taking hold and I had developed great relationships across the campus.” Blake’s ofce oversaw the hire of seven tenured and tenure-track black faculty, which, at the time, was over 20% of the original population of black faculty. He also managed the creation of the LeadershipU Academy, an enrichment program to develop academic leaders, and led the university’s Presidential Task Force and university response associated with the #BlackLivesMatter movement. But despite his momentum in Miami, Blake says, “This was the third time that an opportunity to work at Drexel had come my way.” Wanting to contribute to a research-intensive university in a city with so many opportunities, it was finally the right position and the right time for his family to move.

He jokes, “Sometimes I look around and realize that I am the only black person in all the meetings this week,” but then turns serious and says, “I care, very personally, about diversity.” To Blake, diversity is more than a talking point. He wants his message and support to grow from the ground-up, starting with the students through the administration. Early in his academic career, he would sit in on meetings of the National Society of Black Engineers, recognizing that as an engineer he could influence the next generation.

“It’s been a life-long passion to give back to under-represented minorities in the STEM field,” he says. “When I was working at Georgetown, I was active in the Washington, D.C., schools. I was fortunate to receive great mentoring. I’ve seen what it means. There are those who grew up with me who are either in jail or no longer with us. I know how important it can be to hear the right message at the right time. I try not to take anything for granted.”

Blake’s path into academics was not one he had planned. Having developed an entrepreneurial passion that he credits to his parents, he was interested in someday starting his own company. As a newly minted EE from Georgia Tech, Blake began as a software engineer for Lockheed Martin. He followed this degree with an MS in EE and a minor in software engineering from Mercer University. Believing a PhD in computer science would benefit him in starting a consulting business, he began looking at programs in cities where he could transfer with Lockheed. That is when he found Mason. Lockheed Martin was in Gaithersburg, Maryland, however, and it was a long commute to get a degree in Fairfax. He ended up moving to General Dynamics to work on the same government contract in Fairfax. About that time, Blake reunited with and married another Georgia Tech engineer and Johns Hopkins MBA, Bridget Blake. They have two sons, Brendan (11) and Bryce (4).

Mason’s program made a huge impact on him. In 2000, the year he graduated, he co-taught Requirements Engineering with his advisors, Hassan Gomaa and Prasanta Bose. Having enjoyed teaching, Blake later landed a position at Georgetown University, stepping between consulting and academics. He eventually became the youngest tenured professor at Georgetown and the first African American Department Chair at the institution.

His advice to emerging CS and STEM students is to “maximize the number of opportunities you can find to get you where you want to go. Think about your five to ten year plan. If you can decide on one, two, even three career paths instead of a single goal, you will be in a better position to achieve even greater opportunities.”

Blake has over 170 published works that include refereed papers, editorials, journal articles, books, and chapters, as well as a patent while he was working at The MITRE Corporation. He still advises PhD students, conducts research, and, hopes to, when possible, continue to teach. As Provost, he is now responsible for fifteen academic programs afecting over 26,000 students. He says Drexel is a bold institution willing to lead and try new programs and ideas, and he’s up for the challenge.

This article also appears in the 2015 CS Annual Report.